Star Trek: The Next Germination: “The multigrain sandwich and war”

On the bridge to make it so.

Because of that special dough

When the Romulans did appear

The sandwich would not clear

His throat so he could order

Now, over 20 years have passed

And his days in Starfleet amassed

In history books where stories are told

Of his feats, both brave and bold.

But there is one footnote aside

About the one mission that was tried.

Enterprise and crew were almost lost

Until Number One grabbed and tossed

The multi-grain demon across the bridge

Striking Worf upon his ridge,

And then he slapped Picard on the back

Which caused the Captain to go “Hack-ack-ack.”

When the weapons were all depleted

And Picard was finally seated

Worf peeled the sandwich from his head

Took a bite and boldly said,

Haiku to you Thursday (and photo): “Geek who?”

Some days, logic says a geek. /

Other days are blurred. 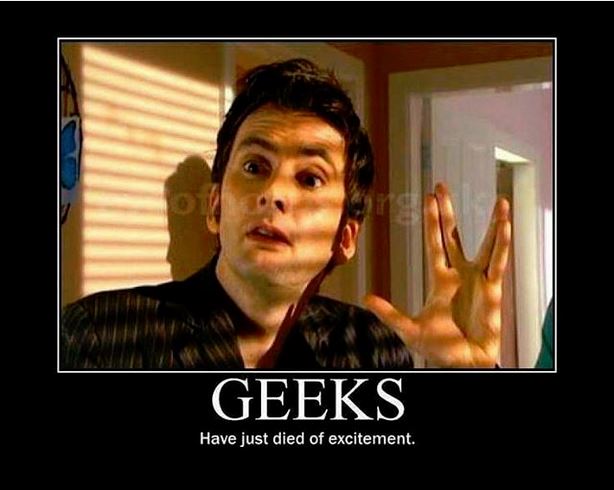 Filed under 2018, Haiku to You Thursday, poetry by author

Star Trek’s Lt. Commander Montgomery Scott and Star Trek: The Next Generation’s Captain Jean-luc Picard. To boldly go where no stuffed shirt has gone before.

Would a cherry wood USS Enterprise mean it is a steam punk Enterprise? A Star Tree-k odyssey?

You know it’s Christmas when… 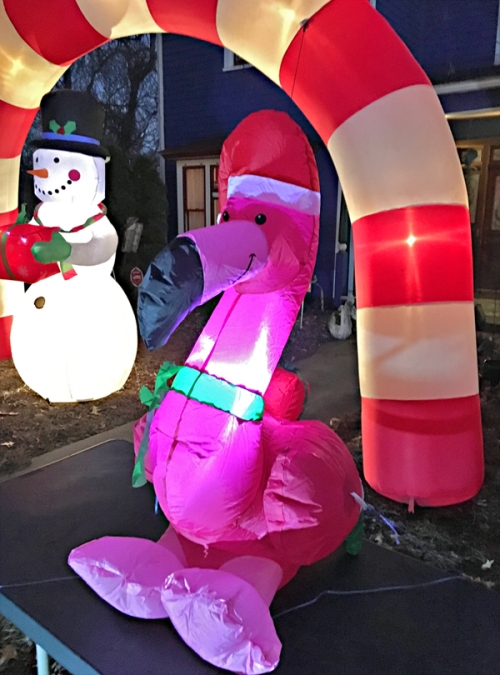 Nothing says Christmas quite like an inflatable pink flamingo in a red cap.

“Beam me somewhere Mr. Scott. Any ol’ place in Earth or space. You pick the century and I’ll pick the spot.”

Merry Christmas and Happy New Year. Happy Holidays, whichever ones you celebrate. Including Festivus for the Rest of Us,

The doctor is in … the frame.

Very few programs in television history can be easily identified by their sound effects alone. The original 1966-69 run of Gene Roddenberry’s Star Trek belongs in that select fraternity, thanks to the efforts of sound mixer Doug Grindstaff and other craftsmen who toiled on the classic science-fictio